The Duties of a Footman

A footman is a mid-level male domestic servant, historically someone who worked in a large establishment in the 18th, 19th and early 20th centuries. Even during a period when employing domestic servants was common, footmen were regarded as a status symbol because male servants were more expensive than female. Today, fewer households have large numbers of domestic staff, but footmen are still in demand in royal and highly aristocratic families, and occasionally among the very rich. The position of footman may also be described as "Trainee Butler." 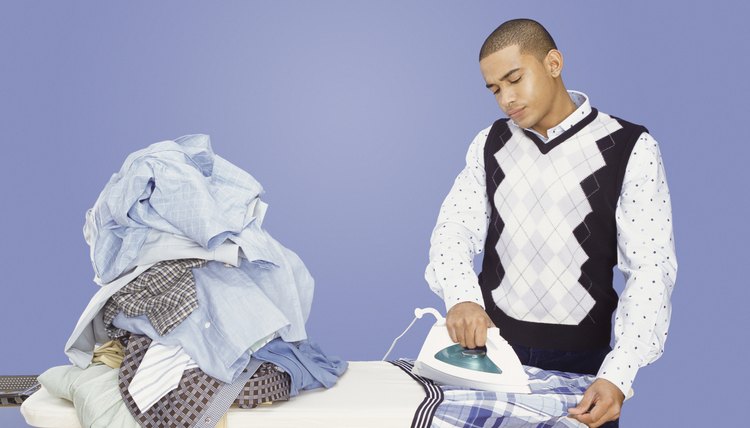 仆人带着“制服”,或统一,和是public face of his employer. As a footman it is your responsibility to keep your clothes smart and fresh. You might also be required to iron and valet the clothes and uniforms of your employer and guests.

The most visible duty of a footman is to set tables and serve and clear all meals for the household. Depending on the activities of your employer, you might also be involved in serving breakfast trays and delivering newspapers, setting up picnics and assisting with garden parties and other large events. This is why footmen often have previous experience in the hospitality industry.

Historically, a footman would answer the front door of his employer's town or country house, and lead visitors to the state or reception rooms. These duties remain the same today. As a footman you answer the telephone, open the door for guests and take their coats, and carry their luggage to their rooms.

Job Description for a Hotel Doorman→

Job Description of a Maitre d'→

How Much Does a Busboy Get Paid?→

How Much Can a Hostess Make an Hour?→

Lalla Scotter has been writing professionally since 1988, covering topics ranging from leadership to agriculture. Her work has appeared in publications such as the "Financial Times" and "Oxford Today." Scotter holds an honors Bachelor of Arts in English from the University of Bristol.